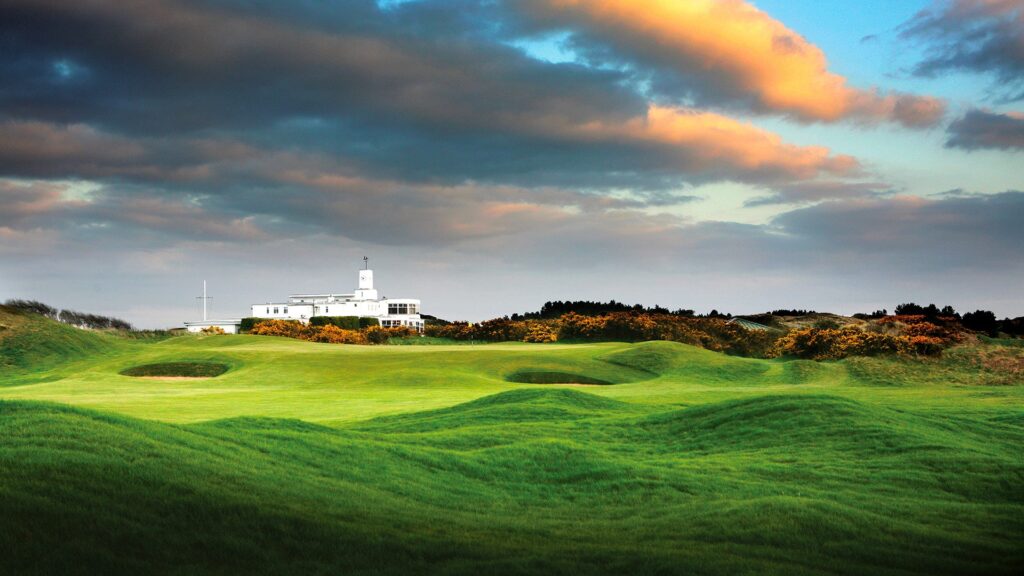 England’s Golf Coast which runs along the west side of the country from Blackpool to Liverpool, possesses twelve of the finest courses in Britain. With no less than seven in the “Top 100 Courses of the UK & Ireland” and eight listed in the “Top 100 courses in England”. Sitting in the middle of this wonderful stretch of golfing land is the town of Southport and two of its magnificent layouts, Royal Birkdale & Hillside.

Hillside is an absolute gem, separated only by a footpath from its regal next-door neighbour Royal Birkdale and regarded as probably the finest links course not to have hosted the Open Championship. The club has staged some of the highest profile professional and amateur events, including the 2019 British Masters and has been a regular Final Qualifying venue for The Open since 2014.

The layout of the course is balanced in two halves with the opening holes heading south westward along flat ground beside the railway line. The flatter nine holes of the opening half whet the golfer’s appetite for the contrast that awaits on the second nine. Here you will find valleyed corridors through some of the highest and wildest dunes found anywhere. Each hole occupying its own unique site never shared with another. Double Open Champion Australian Greg Norman graciously wrote an unsolicited note to the Club after playing in the PGA tournament at Hillside in 1982 stating the: ‘The back nine holes are the Best in Britain.’

Royal Birkdale is possibly the finest of all courses in England. It has held more Championship and International events since World War 2 than any other course in the world. Open Championships, Ryder Cups, Women’s British Opens, Senior Opens, Amateur Championships, Walker Cups and Curtis Cups.
Royal Birkdale Golf Club has been voted the number one golf club in England, one of the top five clubs in the UK and amongst the top 35 in the world. The club has hosted The Open championship no fewer than ten times as is widely regarded as the “fairest” test as rarely will the ball be thrown off course should you hit the fairway. The layout meanders its way through towering dunes giving spectacular views and possesses some of the finest putting surfaces anywhere.

The clubhouse at Royal Birkdale is one of the worlds most iconic. It was built in 1935 in the art deco style by local architect, George E. Tonge, when he won a competition to design the clubhouse. Tonge said, “I visualized the kind of clubhouse that I thought ought to intrude itself onto this lovely course. I imagined the lines of a liner at sea; the perfect balance of the ship at whatever angle and from whatever side it was seen.”

The Bliss is a luxury hotel that offers stunning panoramic views across Southport. Only a ten minute drive from both golf courses, the hotel is part of the exciting new Waterfront scheme on the resort’s Promenade. This fine accommodation is at the heart of a classic UK seaside resort and boasts all the modern facilities that you would expect from a first-class venue. The hotel also provides secure underground parking for all its guests.