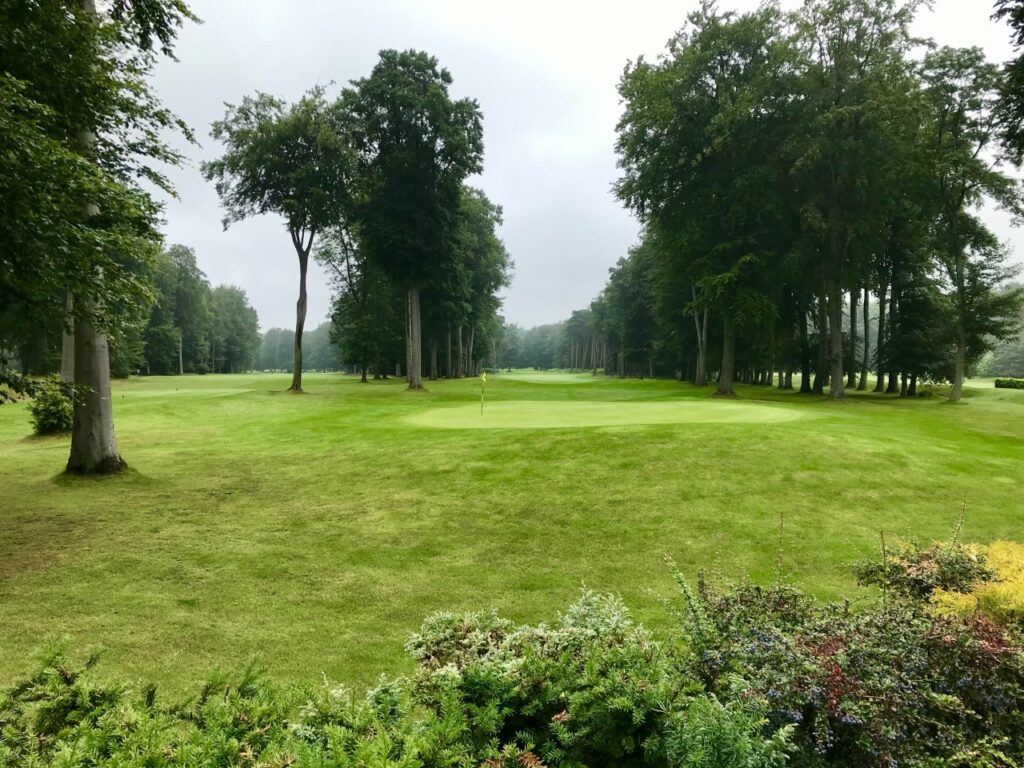 North Lincolnshire was our next destination on our 2021 UK Swing and the wonderful Forest Pines Spa & Golf Resort, a 27-hole championship course set amidst pine trees and featuring three loops of nine holes.

Another full field set off in warm but overcast conditions. The first days play was to be played over the Forest/Pines combination which is the most demanding pair of nines at the resort. As the scores came in, it became clear this was going to be a very tight contest with no clear pair breaking away from the pack. When the final card was counted 16 pairs were within three shots of the lead, held by the team of Ron & Coleen Painter from Brocton Hall with a cracking 40 points. Four pairs were tied in second place on 39 points including the duo of Robert & Helen Challinor.

As the sun rose on day 2 there was a few sore heads and disappointment amongst some following the previous nights Euro 2020 championship final where sadly England were knocked out on penalties. It was time to get back into game mode as this was anyone’s to win!

The combination of the Beeches/Forest nines proved to be yielding better scores, as only the second group to return in, the pair of Pat & Judy McLaughlin fired a fantastic 40 points. This together with their 39 points from the previous day gave them a total of 79 points. Would anyone catch them? The next group included Malcolm & Jennine Pook, celebrating their wedding anniversary shot a solid 39 points. Next came the Essex duo of Adam & Kim Kallagher with 40 points, matched later in the day by Jim & Anne Green & Chris Blackadder and Maureen Byrom.

But they all fell just short as Pat & Judy claimed the title by just one shot in an incredibly close finish.