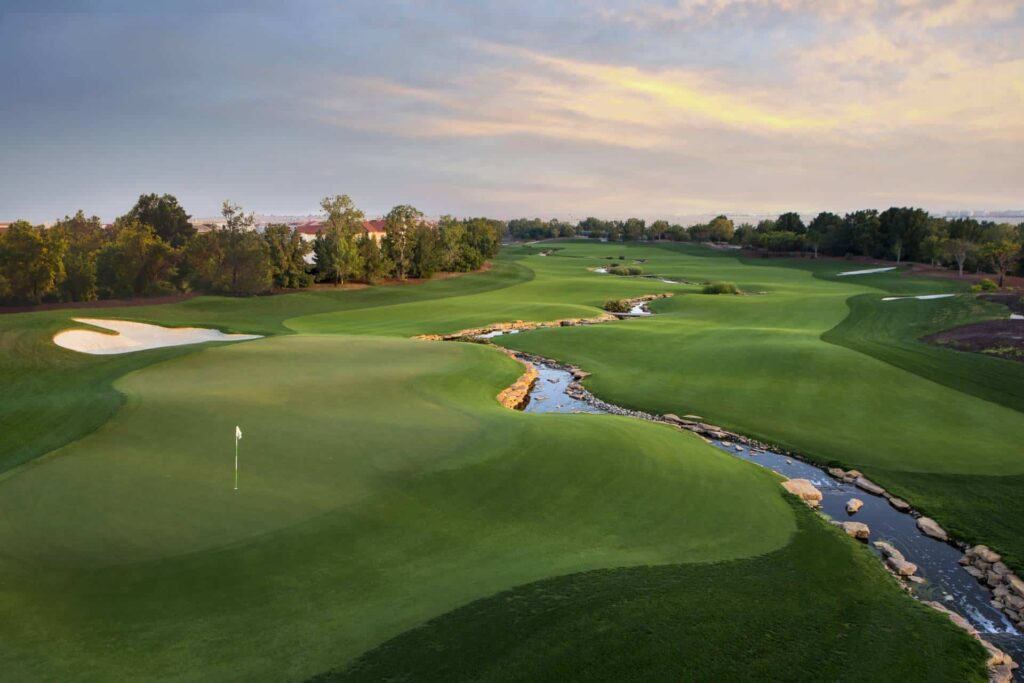 The sprawling futuristic city of Dubai is renowned for its gravity-defying skyscrapers, superb weather, world-class hospitality and hotels. Playing golf in Dubai is a special experience; the layout, contrast between the courses and the sandy desert environment alongside the often wonderful and luxurious clubhouses ensures Dubai is at the forefront of the modern golf holiday experience.

Three wonderful courses are to be played during your stay including a former Dubai Desert Classic venue and the host course each year on the final stop of the European Tour.

Dominating Dubai’s enchanting waterfront, the Dubai Creek Golf & Yacht Club overlooks the Creek and Marina. The club opened in January 1993 to world acclaim and since then it has been host to numerous tournaments and events, including the Dubai Desert Classic on two occasions. Recently re-modelled by former Ryder Cup captain and European Tour winner Thomas Bjorn, the superbly manicured fairways are undulating, demarcated by mounds, date and palm trees, and most other times by water.

Apart from the Creek, which comes into play on at least four holes, several artificial lakes add to the beauty and difficulty of various other holes.  Capturing the essence of Dubai’s seafaring traditions and presenting the perfect integration of heritage with modernity and style is the majestic clubhouse built in the shape of a sail which has been one of the most photographed locations since its opening.

The Els Club, situated in the suburbs of the Dubai City Centre is a very unique course. Designer Ernie Els has combined his passion for the UK’s links golf courses with Dubai’s desert landscape, thereby creating a “desert links” golf course. The Els Club has been named the “best new international course” by the world-famous US magazine. The layout is renowned, not only for its immaculate fairways and greens, but also for its pleasing undulations and high elevation changes, providing an exciting and aesthetically pleasing round of golf.

The golfing season traditionally comes to a close with the climax of the ‘Race to Dubai’. The final event is held annually at Jumeriah Golf Estates with the Earth Course a spectacular backdrop for this prestigious event. Designed by Greg Norman, the sharply defined, sculptured course inspired by the great parklands of Europe and North America, paints a magnificent pastiche of ora, rolling terrain and rushing water. These natural components also provide differing angles and changing perspectives from each tee. Since opening for play in 2009 the course has quickly garnered a strong reputation as a top class championship layout and is strongly regarded as one of the most iconic courses on the European Tour schedule.

The Ocean View is one of the newest hotels on Dubai’s famous Jumeirah Beach. Situated in the up-and-coming area known as The Walk, the JA Ocean View Hotel has a contemporary style and offers a wide range of amenities. Staying here, you’ll be within walking distance of many fabulous shops and wonderful restaurants. For relaxation you’ll find a generously sized infinity pool with steps leading down to a sandy beach, the hotel’s spa, including a Jacuzzi, sauna, steam room and a variety of treatments.