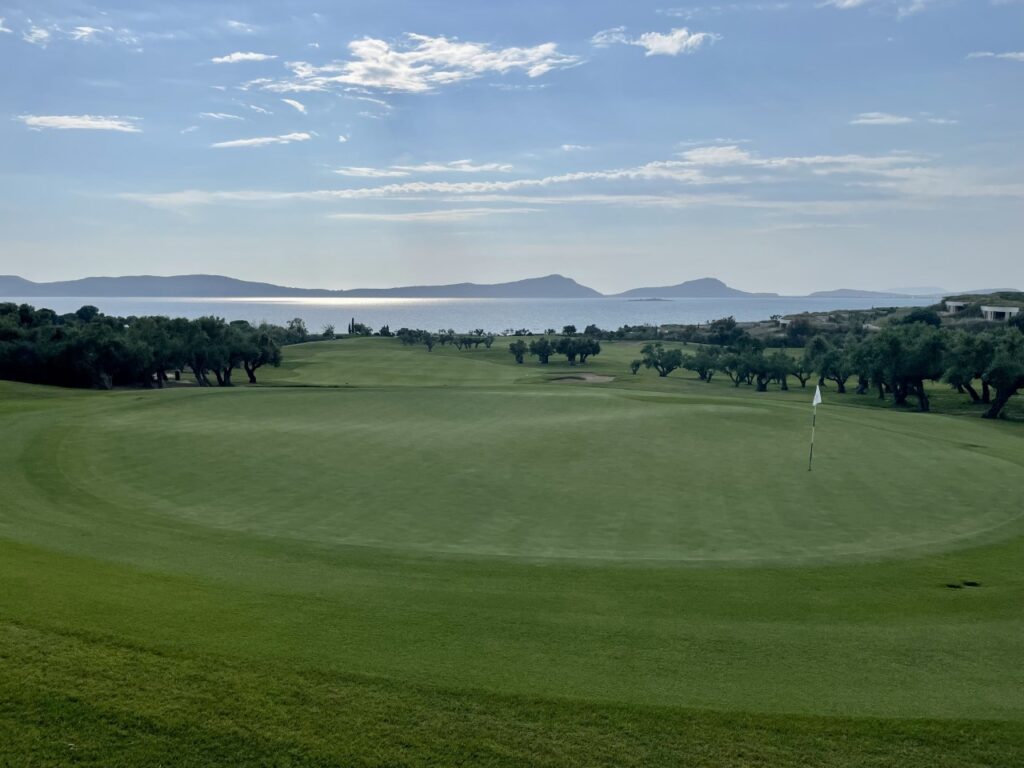 The Westin Resort is situated by a glorious sandy beach alongside the sparkling Ionian Sea that separates southern Italy and Greece. Amongst the wonders this beautiful and ancient land has to offer are UNESCO World Heritage Sites, such as; Olympia, Mystras, the Temple of Apollo Epicurius, ancient Messini and the Palace of Nestor.

Untouched by mass tourism, Costa Navarino in the southwest Peloponnese has a culture and history of over 4,500 years all set in a stunning and sun-drenched Mediterranean landscape with ancient palaces, temples and medieval castles. The Westin Resort is situated by a glorious sandy beach alongside the sparkling Ionian Sea that separates southern Italy and Greece. Amongst the wonders this beautiful and ancient land has to offer are UNESCO World Heritage Sites, such as; Olympia, Mystras, the Temple of Apollo Epicurius, ancient Messini and the Palace of Nestor. The nearby port of Pylos is referred to in Homer’s Odyssey.

The 5* Westin Resort Costa Navarino has 445 air-conditioned rooms and suites. All have a balcony or terrace, complimentary WiFi, a flat screen TV, tea/coffee facilities, luxury bathrooms, bathrobes/slippers, a hairdryer, safe and mini-bar. Upgrades are available to rooms with sea-views and/or a private plunge pool. A wealth of fresh, organically grown ingredients and a devotion to authentic gourmet cooking define the dining experience at Costa Navarino. Eat well in a stunning range of exclusive dining venues, where award-winning chefs serve ethnic, continental, Greek and local fare. Eight restaurants serve a variety of cuisine including Greek, Italian, Steak, Fish, Japanese and Lebanese.

The Dunes Course was designed by Bernhard Langer and is set in a landscape of varying terrain with spectacular sea and river views. There are some links-style holes that run close to the sea, with tall dunes separating the fairways from the adjacent golden beach. Parts of the course meander through olive and fruit groves, while other holes run alongside a small river. The fairways are wide and the greens are large many with slopes and plateaus making putting a real test!

The Bay Course offers an alternative set of challenges in a quite different setting. Designed by Robert Trent Jones Jnr, there is a greater emphasis on strategic play and positional golf. The Seaside, Canyon, and Grove holes provide striking contrasts to create a dramatic and memorable round of golf.  alongside The Ionian Sea. Built just a year after The Dunes it offers spectacular views across The Bay of Navarino with 2 holes running along the Ionian Sea.

At the start of 2022, two new 18-hole layouts were unveiled on top of the higher ground that lies above The Bay course, with all 36 holes designed by 2-time Master’s champion Jose Maria Olazabal. Both The Olympic & Hills courses offer panoramic views of the surrounding countryside and the Historic Bay of Navarino. The Olympic is the longer and more compact of the two. Different in style, The Hills course is set in the valley and offers more room especially from the tee.