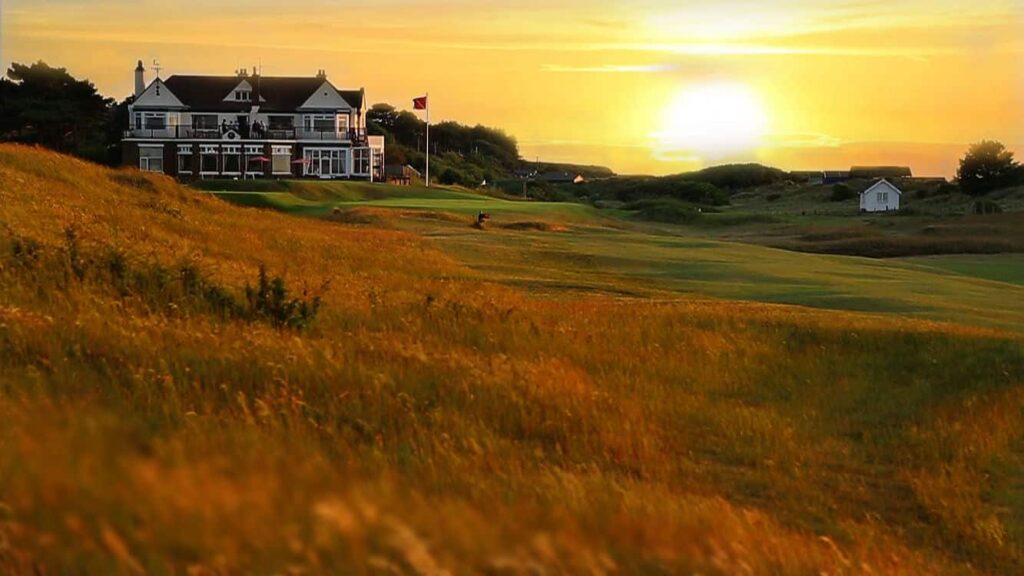 Norfolk is best known to many as the flat, low lying county in Eastern England where the Broads form a network of navigable, lock-free rivers and canals, providing many with a wide variety of leisure pursuits.

The county is blessed with a number of top golf courses, two of which, Hunstanton & Sheringham are rightly ranked amongst the Top 100 layouts in Great Britain.

Sheringham Golf Club is set amongst an unbelievable landscape, on the cliff tops of the Norfolk coast. This golf course is like no other, located on an undulating piece of land between the North Sea cliff edge and the North Norfolk Railway. Steam trains and vintage diesels pass along this track throughout the day.

Set within an Area of Outstanding Natural Beauty the club was originally founded in 1891 when Tom Dunn laid down nine holes, returning in 1898 to extend the course to its present eighteen holes. The 5th is the start of the dramatic 5-hole stretch along the cliffs with the North Sea awaiting any errant shot. Around the turn the gorse and the railway become the most significant hazards which wait with patience to catch anything struck offline. Sheringham has held many top events during it history including the the English Women’s Amateur Championship on three occasions.

Located on the beautiful north west Norfolk coast, Hunstanton is a superb championship links course rated as one of Britain & Ireland’s ‘Top 100’ courses. Nestling in a stunning landscape of dunes and links grasses, the club was established in March 1891. It is the only golf course on the east coast of England where the sun sets over the sea, providing striking views throughout the seasons.

A classic ‘out and back’ design, the course runs along either side of a central spine or dune ridge, with the 12th, 13th and 14th holes playing across it. During the club’s 125 year history it has hosted more than forty events of national standing including twelve British & English Ladies Amateur Championships, five Brabazon Trophies and three English Amateur Championships.

Hunstanton is links golf at its very best with greens that are the envy of every self-respecting club in the land. For all the many fine courses that can be found in East Anglia, where the light soil is ideal for golf, Hunstanton outranks them all.

Recently voted The Tripadvisor Traveller’s Choice Award 2021, awarded to only the top 10% of its hotels, Briarfields Hotel at Titchwell is a hidden gem. This boutique hotel offers peace and relaxation with stunning views of the open space of Norfolk’s skies and Titchwell salt marshes, which are the natural home for both freshwater and saltwater wildlife. The twenty-two bedrooms are each individually designed with en-suite bathrooms and flatscreen TV.