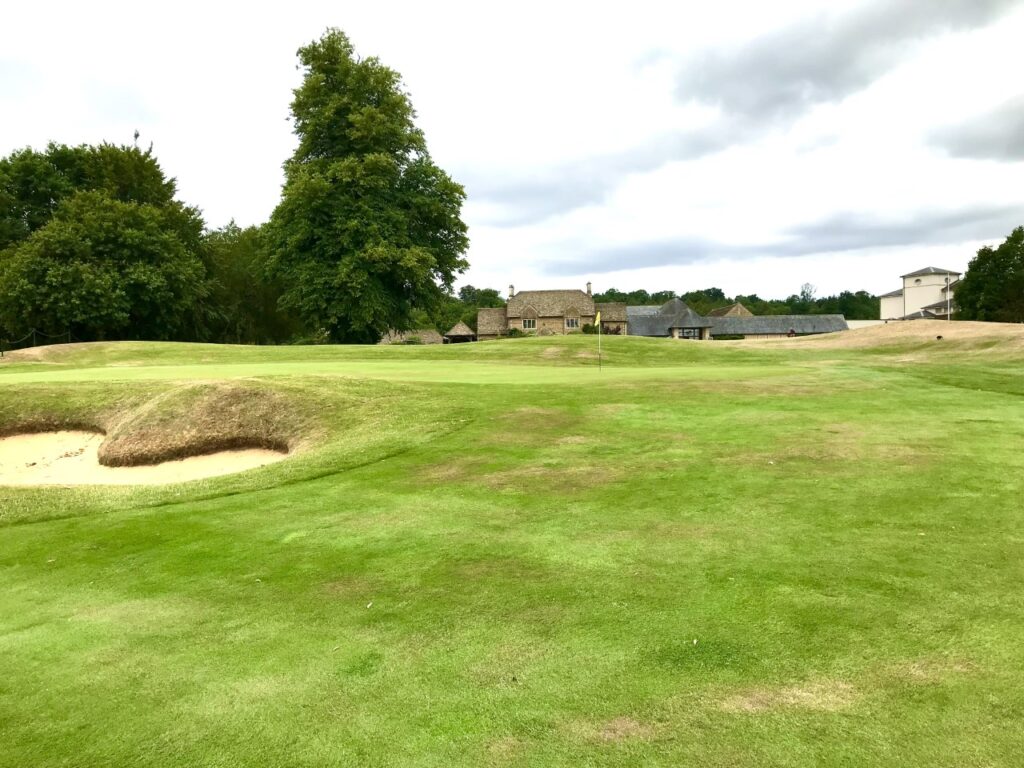 Bowood, one of only three official PGA layouts in the UK, is laid out in the tranquil, natural beauty of the majestic rolling parkland, with a wealth of mature trees and lakes to give a genuine feeling of ‘getting away from it all’. The clubhouse, Queenwood Lodge and the Derry Hill village church spire are the only buildings that can be seen while playing. Designed by Dave Thomas and opened in 1992 the course has quickly built up a reputation and is rightly ranked the No.1 course in Wiltshire.

The group were treated to all four seasons in one round of golf as strong winds were followed by bright sunshine and just a squall of rain in the middle of the day. This did not deter the early starters as Brian & Dawn Nicholson in just the second group out posted a fine 43pts. Just behind them, David & Pam Spenley from Rudding Park went one better when they signed for a brilliant 44pts.

In testing conditions and with many of the group giving the bunkers a good workout, this would prove to be “the best of the day “score. Later in the day the ever consistent duo of Richard & Rosemary Kennett posted a fine 42pts with Chris & Sylvia Price hot on their heels with a very respectable 41pts.

After returning to the beautiful boutique hotel which has now become a firm favourite with Fairways, the group enjoyed a wonderful private dinner in the Kerry Suite.

The wind had died down for round 2 giving warmer conditions and the chance to score well around the Bowood course. Steve & Katy Matts were the early leaders in the clubhouse when they repeated their first round score of 40pts to give them a total of 80pts. Newcomers Andrew & Linda Mcilravey from Redditch finished with a fine 42pts, shortly followed by Graeme & Carole Mackay & Ed Woodhouse & Sue Reynolds on the same score.

Last weeks winners Matt & Angie Harrison continued the impressive form with a great 41pts to go with their 40pts of the previous day to now be clubhouse leaders with 81pts. This just left Richard & Rosemary Kennett from Surbiton G.C. to possibly take the title.

Richard came to last green and holed a great 10ft putt. The fist pump that followed proved they must of had a good day. After the scores were checked they signed for a closing 42pts giving them a winning margin of 3 shots and the title of Bowood Mixed Pairs champions. This is their second UK win this year to go with the Suffolk Heathland Mixed Pairs back in April.

Our thanks go to all the management, staff, & pro-shop team at Bowood for taking such great care of us all. This has always been an extremely popular venue for us and we will return next year.