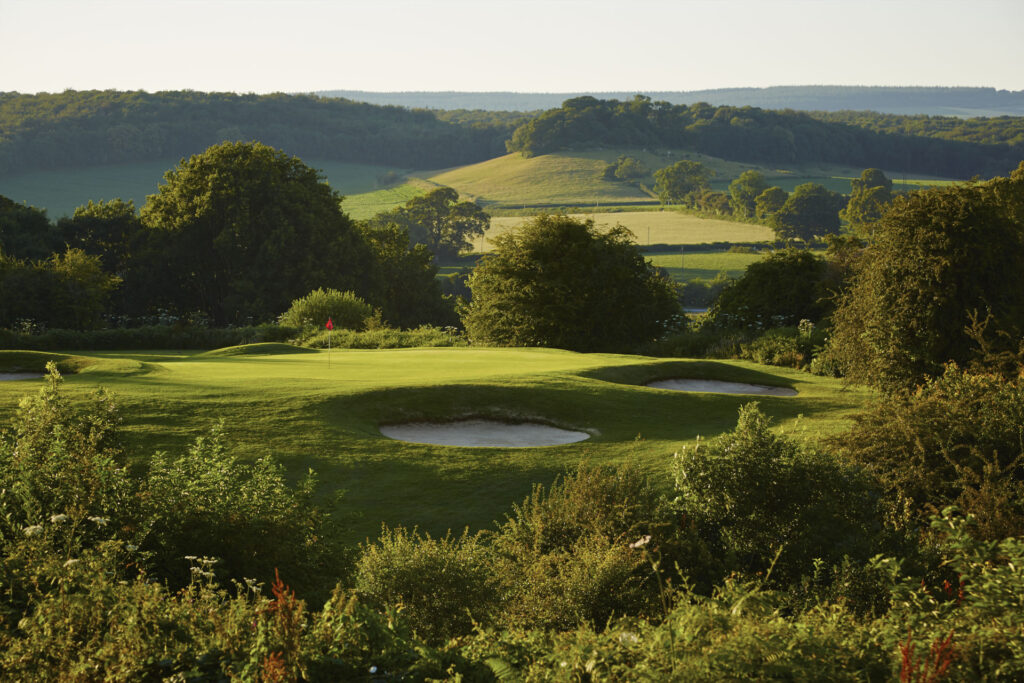 Our first event of 2021 bought us once again to one of our most popular UK destinations, the St. Pierre Resort, near Chepstow in Wales. In fact almost 25 years to the day, Fairways held their first ever event at this very venue the same year as the Solheim Cup.

A full field assembled to tackle two days playing the famous Old championship course. Dark clouds threatened for most of the first round but remarkably the day remained dry and some fantastic scores were produced.  After the dust had settled, two couples who were attending their very first Fairways event, topped the leaderboard, Iain & Jackie White with 40 points and out in front with a fantastic 42 points, Richard & Helen Hill from The Welcombe Golf Club near Stratford upon Avon.

Heavy rain overnight produced soft conditions for day two and combined with strong winds scoring was going to be testing. After a hearty breakfast, the group were ready to tackle the Old Course once again. The low handicap duo of Malcolm & Elsbeth Morton from Formby were the first to lead the field out. This fantastic pairing were our winners on our last event abroad in Mexico. They returned a few hours later with a remarkable 43 points and as the remaining cards came in it proved a very tough score to match. Our overnight leaders, Richard & Helen Hill couldn’t quite repeat their great play of the day before, but several couples produced solid rounds of 37 points.

But no one managed to catch the Formby pair and once again they came out on top and became our latest “St. Pierre Mixed Pairs” champions.

Many thanks to all the staff at St.Pierre for taking such great care of us and especially the greatest Welsh starter of all time “Merv the Swerve”