The Christmas Cracker at Thorpeness 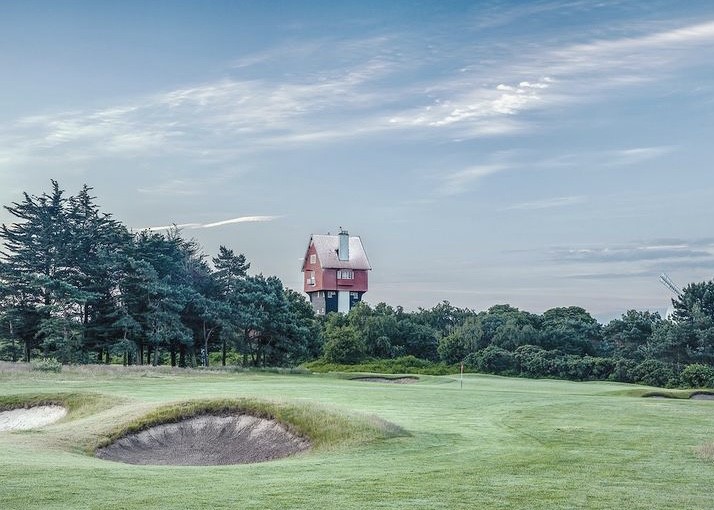 For our inaugural UK event at Christmas we visited the wonderful Thorpeness Hotel & Golf Club close to the Suffolk coastline. Our group arrived with many of their courses currently closed or waterlogged due to the recent heavy rains, to be pleasantly surprised by how dry the course was, with the ball still achieving plenty of run from the tee.

The first day was played in a mild temperature with just enough breeze to make the course a test. The format of the day was a team event with the best two scores from four to count. Christmas attire was also made compulsory!

This was the first Fairways event with the new WHS system in play with everyone having to adjust to their new handicap and shot allowance. The first few scores in the clubhouse were very close until the team of Bill Cary, Mandy Miller, Ronnie Burgess & Claire Burgess posted a fantastic 80 points to take the lead. Not until the final few groups and with the sun starting to set, was this score toppled with a “best of the day” 84 points from the victorious team of David Beaney, Alison White, Dusty & Jane Miller.

The evening meal was enjoyed in the hotel’s “Ogilvie’s” restaurant safely socially distanced with the group on tables of two. The night was finished off with the fabulous Christine Langford guest speaker, telling her wonderful anecdotes of life on tour and coaching which has spanned over four decades.

Day 2 bought brilliant blue skies and very little breeze. Back to our normal 4BBB format the group set off in anticipation having become familiar with the test of “The Ness”. Straight away the pace was set with the second group in, the ever consistent duo of Joe & Pauline Nixon producing a very solid 41 points. Immediately behind were their good friends, Garry Taylor & Sue Bartram who matched their efforts resulting in a tie at the top of the leaderboard. Then the Swindon pair of John & Sian Duncan broke the deadlock, posting a fantastic 43 points taking the title of “Thorpeness Mixed Pairs” champions.

Thanks to all the staff on and off the course at Thorpeness for taking such care and keeping us safe during these difficult times.