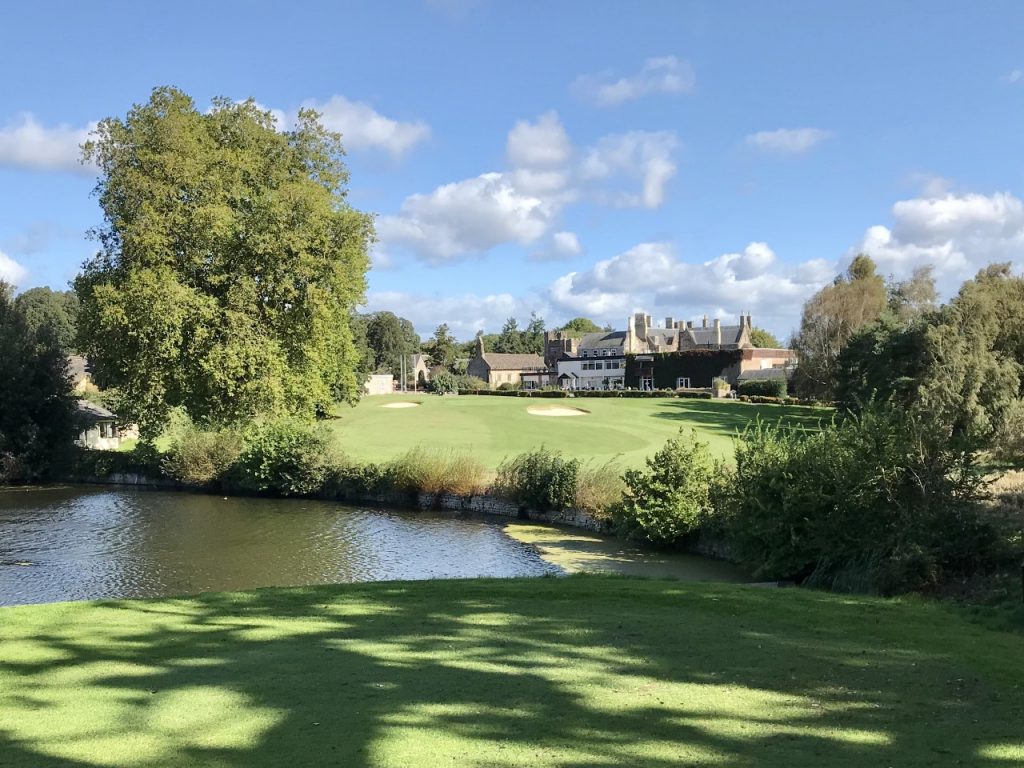 The St. Pierre Hotel & Country Club in Chepstow, Wales is always one of our most popular venues. Set in 400 acres of rolling countryside the hotel sits alongside the St. Pierre church, which dates back to Norman times. The Old course has held the British Masters no fewer than eight times and the Solheim Cup in 1996.

The first days forecast threatened heavy showers, but miraculously every rain cloud missed overhead and the first round was played with clear blue skies and a gentle breeze. Steady scoring was produced with three pairs at the end of the day on 40pts, but our leaders with a fantastic score of 42pts were Martyn & Irene Hancox.

Day 2 once again produced clear blue skies, but this time the wind was much stronger making scoring far more testing. Joe & Pauline Nixon were the early clubhouse leaders producing a solid 38pts, matched later in the day by Derek & Jane Shiels. Then out of the pack Tony & Rosie Williams posted what turned out to be the best score of the day with a fantastic 41pts. With both John & Sian Duncan & Chris & Ann Hazelwood scoring 39pts each, it became clear that we had three pairs on the exact 36 hole aggregate score.

It came down to countback and the best final 18 hole score determining the result. The eventual winners were Tony & Rosie Williams from Brookmans Park.

Many thanks to all the staff at St. Pierre especially “Merv the Swerve” our first tee starter for taking such great care of us all during these difficult times.