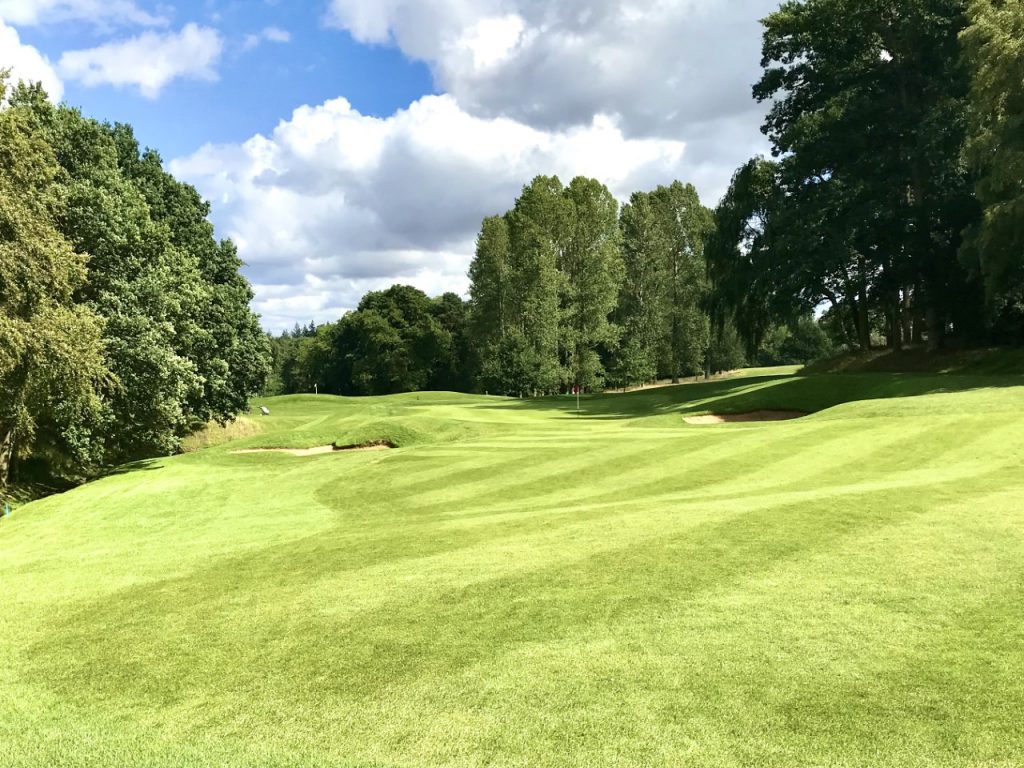 Bowood Hotel, Spa & Golf Resort in Wiltshire was the destination for our second UK event of the year and is always one of our most popular venues. A stunning hotel with a manicured PGA course to test your skills.

The previous week had seen a lot of rainful in the area making the course soft and play long. This together with the blustery wind made the first days play a real test for everyone. This combination made the scoring very tightly bunched but coming out on top with a very commendable score of 34 points, to win the first day by just one point were the partnership of Chris and Ann Hazelwood.

The group dinner in the evening was spent in the Kerry Room where a fabulous meal was had by all.

Day 2 bought warmer and calmer conditions than the previous day and this was reflected in the scoring. Mick & Hazel Jameison were the first to post an impressive 37 points, closely followed by Derek & Jane Shiels. But late in the day, the team of Peter & Josie Sheridan not only produced the best score of the day but also of the whole weekend with a fantastic 39 points.

Once all the scores were in it became clear the overall 36 hole aggregate prize was going to be a very close affair. With two pairs tying on exactly the same score of 70 points, the winners were determined by the better Day 2 score.

Coming out on top by the smallest margin of 1 point and the winners of the Bowood Mixed Pairs and a great way to start their first Fairways experience was Brian & Gail Pinner!

Many thanks must go to all the staff at Bowood who took such great care of us all during these difficult times.