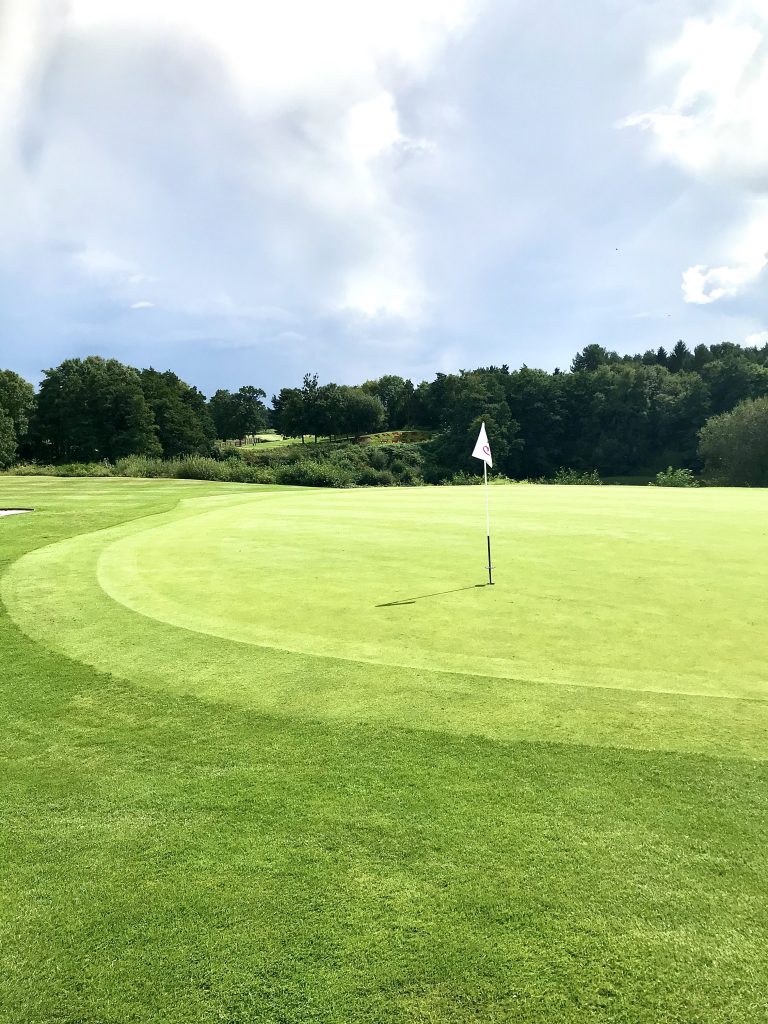 After five months away due to Covid-19, the Fairways bandwagon finally got back on the road for our first UK event of the year and visited the wonderful Marriott Forest of Arden Resort near Coventry in the Midlands.

Only two weeks before the European Tour had played here as part of their UK swing so we were expecting the course to be in top shape and we certainly were not disappointed.

The first days play was over the Aylesford, a tricky par-69 course where precision is required more than power. Several couples scored 39 points which was the leading score right up until the final group of the day. This fourball produced the best two scores of the day, with Alan Hutchins & Lesley Muddiman shooting a fantastic 41 points and their playing partners, Paul & Debbie Wood scoring a magnificient 42 points to be leaders after day one.

Day two bought the threat of thunderstorms over the championship Arden course, but fortunately the organiser’s prayers were answered and the group managed to dodge all the inclement weather. Scoring proved a little more difficult as the rough was still up from the tour set-up and the greens slick. Again the scoring proved very close with six couples scoring 35 points and with all the results having to go to countback. After all the scorecards were checked Ian & Cathy Macfarlane-Thompson from Broadstone came out on top with the better back 9 score. But once again the pairing of Paul & Debbie Wood proved to be too good for the rest of the field, ending with a best of the day score of 40 points.

Many thanks to all the staff at the Marriott Forest of Arden who did a great job of taking care of us all during these difficult times.

Overall Winners of the Forest of Arden Mixed Pairs

Congratulations to all our winners!