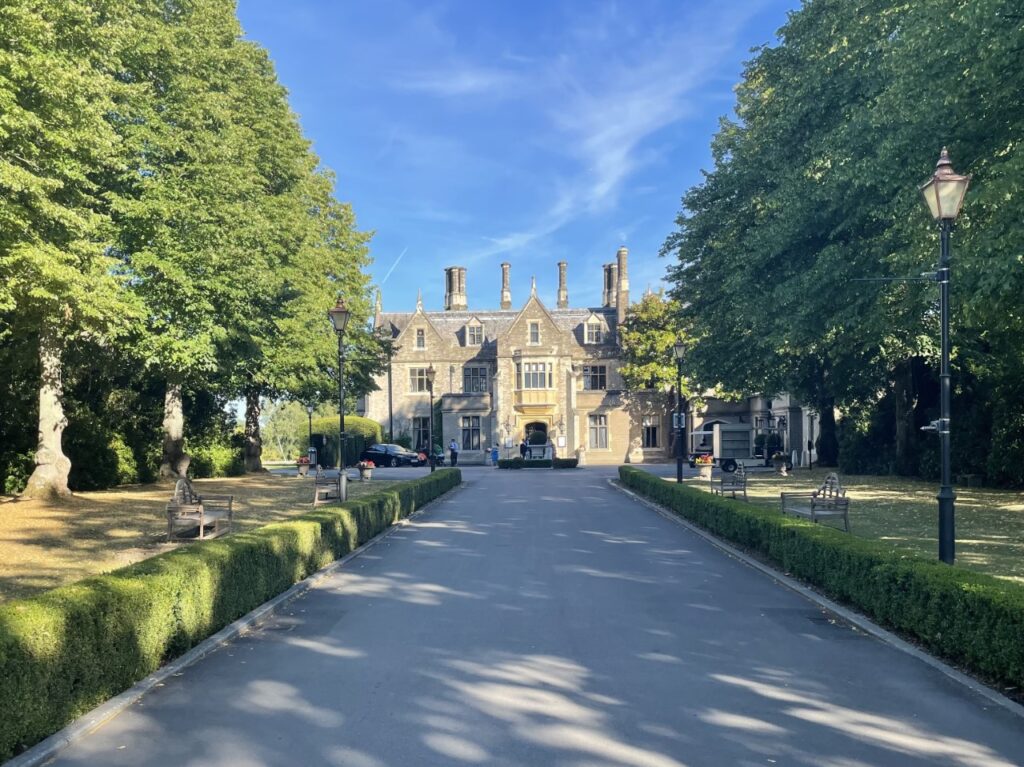 Foxhills Club & Resort is set within 400 acres of stunning Surrey countryside with elegant accommodation, as well as a stately Manor House, built in the 19th century, at the heart of the estate. Boasting two championship courses, the Bernard Hunt and Longcross courses, it is one of the most complete golf experiences in the region.

The Bernard Hunt course was named after Foxhills’ most famous professional, who won no less than 30 titles on the PGA European Tour and played in 10 Ryder Cup matches. The gently undulating fairways are banked by towering pine trees, which are particularly penal for those straying off-line.

As the group started out the temperature gauge was hitting the high twenties and with little breeze it was going to be a hot one out on the course. But just as hot as the weather, the second group out returned with scorching scores. Colin & Jane Wayman (Exeter) had fired a fantastic 45pts with playing partners, Bryan & Pearl Powell (Colne Valley) just one behind on 44pts. The scoring was proving to be very high when soon to follow, Keven & Val Walsh (Harpenden) signed for 42pts. Just behind, the Yorkshire duo of Derek & Jane Shiels (Knaresborough) had hit form and joined the leaders when they posted a wonderful score of 44pts.

A beautiful group dinner was enjoyed in the clubhouse in the evening which offered wonderful views down the 18th of both courses. It was going to be even hotter in the morning with temperatures forecast to be in the thirties.

The Longcross Course is an excellent example of tree-lined Surrey golf, with many of the fine holes being carved through stunning avenues and funnels of Scots Pine, beech, and silver birch. Good scoring requires long and accurate tee shots, with cleverly placed fairway bunkers adding to the ever-present menace of the characteristic pines.

One of our overnight leaders, Colin & Jane were out in the first group so would set the pace. They did not disappoint, keeping up their wonderful play to card a brilliant 44pts. Giving them a total of 89pts this was surely going to be a score hard to beat. Even though the Longcross is possibly a tougher test, the scoring was still of the highest order as Terry & Gill Somerfield posted 42pts, quickly followed by the ever consistent Kevin & Val who once again played beautifully to card 41pts.

The only duo now who could possibly catch Colin & Jane returned to the clubhouse and checked their card. Derek & Jane had shot a remarkable 45pts giving them a total also of 89pts. For the second UK event in a row, the result had to come down to countback and the better second round score. The Knaresborough team had taken the title by the slimmest of margins. Congratulations go to both pairs who played some wonderful golf over two days on very testing layouts.

Our thanks go to all the management, staff and pro shop at Foxhills for being so helpful and organised during our stay. This really is a first-class venue and we cannot wait to return!