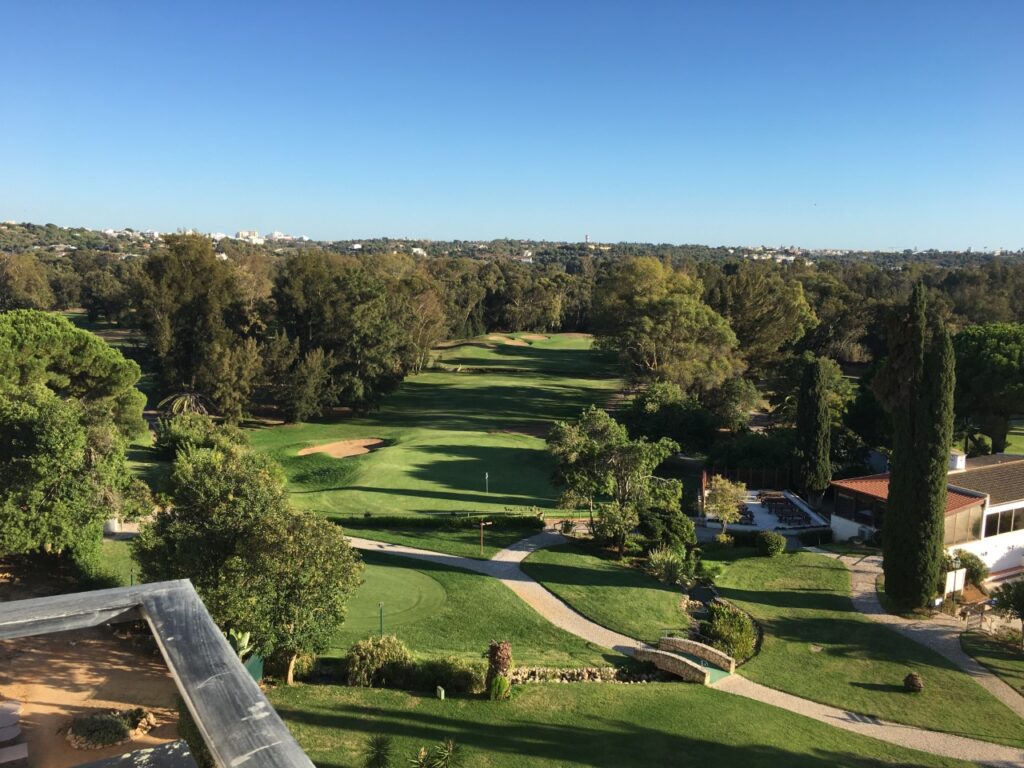 After a delay of 19 months due to the pandemic, Fairways finally left the shores of the UK for our first overseas event of 2021, as we headed down to Southern Portugal and the beautiful area of the Algarve.

This was to be the first of our two back-to-back events along this stunning coastline, beginning where golf started in this area, the famous Sir Henry Cotton Penina Hotel. This resort has recently celebrated its 50th Anniversary and has held many professional events in its history including the Portuguese Open on several occasions.

What an incredible week of weather we enjoyed! Hardly a cloud was seen and temperatures in the high 70’s each day. After three rounds of intense competition there were four couples within two shots of the lead going into the final round.

The last at Penina is a par-5 with an elevated green making the pitch shot in very testing. Having been at the top of the leaderboard all week, Mike Hull & Christine Patton approached the green not knowing how they now stood. Mike bent over his birdie putt and calmly knocked it in giving him four points on the hole to claim victory of the Penina Mixed Pairs by the narrowest of winning margins!